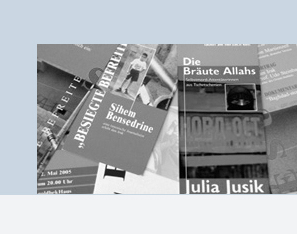 Invitation Cards of the Hamburg Foundation

On the crime of being an investigative journalist 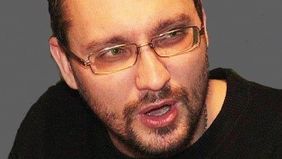 Following the annexation of the Crimea by the Russian Federation, the Ukrainian region of Donbass has been affected by armed conflicts between pro-Russian separatist forces and the Ukrainian government. Due to that condition, it has become a popular location for smuggling, money laundry and organised crime that transcends borders. To fight the illegal trade of weapons, fuel, gold and other goods, Kiev established a special investigative group. Its leader as well as several members have been killed since then.

Aleksei Bobrovnikov decided to investigate further in this matter in cooperation with a Russian colleague and his findings were shocking: Ukrainian military forces seemed to play a major role in this issue. The results of his research made Bobrovnikov the target of very powerful enemies, especially since the 92nd brigade that was presumably involved in the illegal activities are considered national heroes due to their participation in other armed conflicts like the Afghanistan war, the Iraq war and very recently the conflicts in Donbas itself. Since then, Bobrovnikov has received numerous death threats even in front of the camera. He disappeared for months in the western Ukraine but the threats continued. When he found out the Ukrainian secret service planned to kill him in 2016, he had to leave the country in a rush and found himself in Hamburg only 36 hours later.

Special exhibition of the Hamburg Foundation for Politically Persecuted People „5 x Hamburg and back“
At the Emigration Museum, Ballinstadt Hamburg
June 17 – July 31, 2015
Exhibition opening on 17 June at 11 a.m.
With Ole von Beust and Volkers Reimers

Kamal Khan from Pakistan
June 12, 2015, at 4 p.m. in Sievershausen, Antikriegshaus

Salah Zater – Journalist from Libya
Talk on intimidation and threats faced by journalists and Internet activists in Libya today.
Do social networks promote or restrict the freedom of speech?
April 1, 2015, at 7 p.m.
Café Flop, Lüderitzstraße 74, 13351 Berlin

Farida Nekzad talks to students of the Vocational School in Eutin
March 10, 2015, at 11 a.m. – 1 p.m., presented by amnesty international

Farida Nekzad talks to other journalists
March 3, 2015, at 8 p.m.
Presented by the German Federation of Journalists