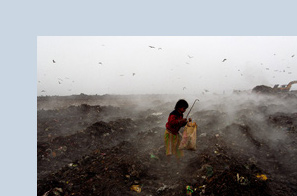 It always begins with someone longing for freedom. For the freedom to be politically active. A report. A photograph. Someone daring to express what he or she thinks, sees, feels. Then comes the danger. Death threats. Arrests. Beatings, torture. Most of the time, nobody knows. Nobody takes notice

Masrat Zahra is a photojournalist comes from the disputed region of Kashmir which is claimed by both India and Pakistan. Since 1989, an armed insurgency led local Kashmiris and supported by Pakistan has been raging in the scenic region against the Indian rule. She has already been honoured with important international awards for ex. in 2020 the ” Peter Mackler Award” and the “Anja Niendringhaus Award” for courageous photojournalism.

Tatsiana Tkachova The 34-year-old photographer from Belarus had come under increased pressure since the rigged presidential election last August 2020. Instead of the pro-regime pictures ordered by the editor-in-chief of “Zviazda,” she first photographed the peaceful demonstrations, then the violent persecution by Belarusian special forces and arbitrary arrests of protesters. Finally, the award-winning photographer quit her permanent job at the state-owned daily newspaper:

Ellen T. Tordesillas The fact-checking platform “VERA Files”, which she co-founded, has identified the president Rodrigo Duterte as the main source of fake news. She describes the violent methods Duterte uses against critical media representatives.

Angel İstek Alcu – The 35-year-old freelance journalist from Diyarbakir has made a name for herself above all as a translator and “fixer” for foreign colleagues in the Kurdish-Turkish crisis region. In recent years she has repeatedly worked for the British BBC, the Wall Street Journal and the public broadcaster in Sweden.

Bariş İnce (36), is Editor-in-Chief of the popular turkish newspaper BirGün as well as a well known novel writer. In his newspaper as well as on social media channels he critizises both the Turkish regime and religiously motivated islamist groups. Among other topics, Bariş İnce tweets regularly about gender equality and defends coed classes. While this position is positively received by large parts of Turkish civil society, he had to deal with numerous death threats from islamist groups. He has already been sentenced to 21 months in prison.

Kamal Chomani Iraqi Kurd Kamal Chomani (32) is an internationally renowned journalist, political commentator and analyst. His work mainly focuses on the situation of Kurdish minorities in Iran, Iraq, Syria and Turkey. From 2009 to 2011, Chomani worked as a correspondent for “Reporters without Borders“ in the Kurdish areas in Iraq. Since 2010, he has been a columnist for “The Kurdistan Tribune“ and other publications in the region. For “The Times of Israel“ he regularly publicizes a blog. In Iraqi Kurdistan, Kamal Chomani has long been considered a politically inconvenient commentator.

Nur Nobi Dulal from Bangladesh As a blogger, writer and filmmaker, he has been campaigning for the freedom of speech and women’s rights, while criticizing religious suppression and terrorism for years. For this reason, he is being threatened by Islamists and the government.
Link to Press Release

Aleksei Bobrovnikov from the Ukraine: Due to his research on an extensive smuggling and money laundering network in the unstable eastern regions of the Ukraine, the print media and TV journalist (36) finds himself in mortal danger.

Humayro Bakhtiyar, Tajikistan – Her research works brought Humayro Bakhtiyar to the attention of the Tajik intelligence. Her phone was tapped and her Facebook account hacked.
Link to Press Release

Tomislav Kezarovski – Journalist from Makedonija He started his career as a journalist in 1999 at the daily newspaper Utrinski Vesnik in Skopje. Both in 2003 und 2013, the Macedonian Media Institute honored him with an award for the best investigative report. Until mid 2013, he worked for the newspaper Nova Makedonija. Then, the reporter fell victim to a scheme by the state authorities. Based on a false claim, Kezarovski was imprisoned on 28 May 2013. Although he was able to refute all allegations in court, he was sentenced to a 4-year prison term in the first instance. After five months, he was released into house arrest. Finally, the court of appeal halved his sentence, counting in the served prison term and period of house arrest. The authorities, however, had reached their goal: They stopped Kezarovski’s research on a topic too sensitive for the government’s liking.

NN – Two scientists from Turkey: The post-doctoral fellows signed the petition “For Peace“ initiated by Turkish academics and were dismissed from their positions shortly after. As is the case with other university employees, they are now facing legal proceedings due to “propaganda for a terrorist organization“.

Nur Nobi Dulal Because in his home country, the writer is in constant danger of being killed by a radical Islamist movement, the Dulal family has had to relocate again and again. As a blogger, writer and filmmaker, Dulal has been campaigning for the freedom of speech and religion as well as women’s rights in various blogs, such as the “Online Activist Forum” or Itishon. In 2013, the terrorist group Hefazat published the names of 84 “Islamophobic” bloggers, among others Dulal’s name. So far, eight of these bloggers have been murdered. Moreover, he risks up to 14 years of imprisonment due to his criticism of state and religion on the basis of article 57 of the “Information and Communication Technology Act” of the Bengali penal code.

Aleksei Bobrovnikov: His research has made him some powerful enemies. In order to prevent the trafficking of – among others – weapons, tobacco, fuel, relief goods and gold from the Donbass to Russia and the Ukraine, Kiev established a special investigative task force. The unit’s leader and some of its members as well as various top-level smugglers and their political backers have died since. In cooperation with several London colleagues and a Russian female colleague, Aleksei Bobrovnikov investigated the details of these incidents. Bobrovnikov suspects that members of the Ukrainian unit stationed at the border to Donbass are tangled up in the smuggling but also in many of the murders. Repeatedly, he has been threatened, even in front of recording cameras. He was also warned about a murder scheme by the Ukrainian military intelligence agency.

Humayro Bakhtiyar (29 years), first build a reputation in her home country as a parliamentary reporter for Radio Imruz and since 2014 with her coverage of political and human rights issues for the media group Asia Plus. Special attention was paid to her reports on a task force concerned with the death penalty as well as on the civil merger of several NGOs opposing torture and other human rights violations of the Tajik regime. In the years 2012, 2013 and 2015, she was honored with awards by the “Institute for War and Peace Reporting” for her work on the Tajik presidential election and on the topic “radicalism and extremism”, among other things. These and other research works brought Humayro Muminova to the attention of the Tajik intelligence.

Ines Lydie Gakiza. Until midyear of 2015, she worked as a political reporter at the oppositional station “Radio Publique Africaine” (RPA). With her research on the Burundi government and their human rights violations, but also with her reports on the political and social situation in the neighboring states, she made a name for herself as a challenging and brave journalist. Faced with the growing danger in her own country, Ms Gazika eventually had to flee to the neighboring Rwanda, where she founded an online radio station and news magazine together with her colleagues.

Georgi Vanyan Time and again, the region around Tekali has been troubled with border conflicts between Azerbaijan and Armenia. As a result, the film and theater director Georgi Vanya has turned Tekali into a trans-regional peace and meditation center. On a regular basis, events with artists, scholars and journalists are held in a pursuit to find alternative solutions and strategies for the conflicts in the South Caucasus. And just as regularly, each year Georgi Vanyan and his fellows are being threatened, attacked and terrorized.

Ali Anouzla has made powerful enemies in Morocco by continually reporting about political and social wrongs in his home country despite numerous threats. As a reaction to his tireless efforts for democratic reforms and compliance with human rights, the journalist also repeatedly received death threats. Over the years, Ali Anouzla founded several independent daily and weekly newspapers in Morocco, including “Al Jarida al Uchra“ and “Al Jarida al Ula“. His news platform „Lakome.com“ and later „lacome2.com“ became an important source of information during the “Arab Spring”.

Ananya Azad (24) is a well-known blogger, who advocates democratic reforms and fights intolerance as well as religious fundamentalism. For these reasons, Islamist extremists in his country put his name on a death list.

Visar Duriqi, journalist from Kosovo. Since August 2014, Visar Duriqi has been receiving death threats. He is regarded an expert on Islamist groups in the youngest of the Balkan states. In addtion to organised crime, his research focuses mainly on the recruitment of young Muslim Kosovars for the armed fight in Syria and Iraque.

Our former guest Sihem Bensedrine, chief editor of the online newspaper Kalima and founding member of the oppositional radio station Kalima, has been appointed „President of the Truth Commission in Tunisia“.
Press release

Salah Zater, TV journalist from Libya SFrom 2010 to 2014, Salah Zater (28) worked as a reporter for the private Libyan television stations Al-Assema TV und AL-Nabaa. As a result of his coverage on child labor, sexual abuse, drugs and arms trafficking as well as corruption and human rights violations in general, he became the target of government officials as well as militias. His reports on abductions, on torture and murder of inmates in Libyan prisons earned him and his family death threats on a regular basis.
Libyan journalist Salah Zater finds refuge in Hamburg (Hamburger Abendblatt on February 2, 2015, in German)

Kamal Khan from Pakistan. Since 2008, he has worked as a regional coordinator with the Pakistan Human Rights Commission (HRPC) in the province Turbat Balochistan. The Taliban put him on their blacklist because – with the support of the International Commission of Jurists (ICJ) – he had documented numerous human rights violations by Islamic extremists as well as attacks by the “Students of Quran” on educational institutions, members of ethnic and religious minorities as well as human rights activists and journalists.

Farida Nekzad worked at the independent Afghan news agency “Wakht” (Time), dedicating her efforts specifically towards training young female journalists. Owing to the pending withdrawal of the ISAF troops and the transfer of responsibility to Afghan security forces, Farida Nekzad fears the resurgence of the militant Taliban. She considers the lack of safeguards for the security of women one of the greatest risks: During the 1990s, the Taliban had – above all else – drastically curtailed the rights of women. Interview: The situation of journalists in Afghanistan

Asif Mohiuddin, Bangladesh On April 3, 2013, he was attacked and seriously injured by 53 knife stabs. He advocates the rights of women and minorities in Bangladesh as well as the right of the individual not to confess to any religion. For this reason, the Bangladeshi authorities sued him for blasphemy and defamation of the government. The proceedings are pending. Before the court, Asif Mohiuddin relies on his right of freedom of expression. In the event of a judgment against him, he faces a prison sentence of up to seven years. Press Release
© 2014 Hamburger Stiftung für politisch Verfolgte.